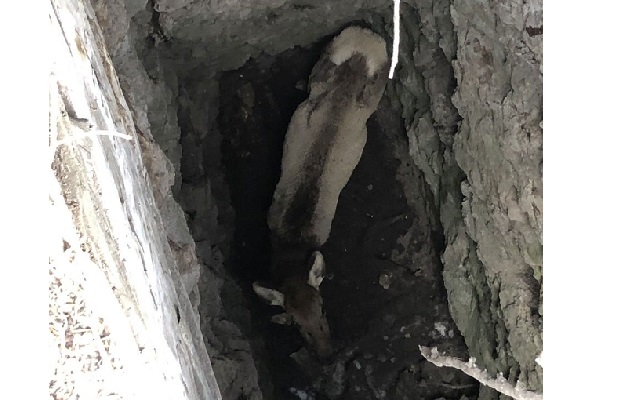 CREEDE, Colo.  – The wind blew hard and cold on Saturday in the upper Rio Grande Valley and it was not the kind of day that Chere Waters would normally pick to hike up a blustery hillside.

“I don’t know what it was, but something was drawing me to go up there,” Waters said.

Whatever the mysterious calling, her intuition led her to an old mine shaft which, in turn, led to an unusual rescue of a 250-pound cow elk by Colorado Parks and Wildlife officers and local emergency responders on April 18.

A Creede resident for 34 years, Waters decided to go to a trail off the Bachelor Loop Road just outside of town. She told her hiking partner they would go to an area she’d been to years ago where she remembered seeing a mine shaft.

Waters said she surprised herself when she walked the mile from her vehicle right up to the opening. She saw the hole from about 10 yards away and tossed a rock in, hoping to get a sense of the depth of the shaft.

“It’s the scariest thing, it’s at the edge of some trees so it’s hard to see,” she said.

But even though she sensed some danger, she decided to look in. So she “belly crawled” on the ground and had her friend hold onto her ankles so she could peer over the edge.

“So I looked in and see this animal in there. I was so surprised, I couldn’t believe it,” Waters said.

She didn’t bring her phone but luckily her friend did. They contacted the sheriff’s department at about 2 p.m., and a little over an hour later Wildlife Officers Brent Woodward and Jeremy Gallegos arrived, along with Mineral County Sheriff’s officers.

“When I got the call I was told that a deer was stuck in a hole,” Woodward said. “But they thought the shaft was only about 10 feet deep. When I got there I could see it was an elk and it was probably 30 feet down.”

He could also see the animal’s tracks at the edge of the hole.

Woodward darted the elk from above with a tranquilizer to knock it out temporarily. The shaft was not too far from an old four-wheel drive trail so they were able to get vehicles close. Using a winch from one of the trucks, Terry Wetherill, Mineral Count emergency and search and rescue manger, was lowered into the hole. He estimated the size at about 10 feet by 3 feet so he had enough room to place some straps around the animal.

He said that over the years he’s pulled deer and elk out of barbed-wire fences, “but I’ve never had to pull one out of a hole.”

In 1889, miners flocked to Creede at the start of a silver boom. Wetherill said there are dozens of old mine shafts in the area but most of them have collapsed and filled in over the years. He’s been told about many but not about the one where the elk fell. The walls of the shaft are still secured with timbers; Wetherill said the opening has probably been there for more than 100 years.

“It’s dangerous, it’s in the shadows and until you’re 20 feet away you don’t see it,” he said.

Wetherill is talking to officials at the Rio Grande National Forest office and Mineral County to determine ownership of the shaft so that it can be covered.

The elk was pulled up slowly and Woodward described its condition as “pretty beat up.” He thought it could have been there for two or three days.

“It’s amazing that those ladies saw it,” Woodward said.

Back on the surface, the officers allowed the elk to lie on the ground for about 15 minutes while they examined its condition. Then Gallegos administered a drug that reverses the tranquilizer effects. It took a few minutes for it to stand up on shaky legs.

“When she stood up, she moved a few yards, turned and looked at us for a few seconds and then turned and trotted away. It was great that we could get her out alive,” Woodward said.

Waters and her friend stayed for the rescue and took pictures. She said they were so happy that the elk survived. But Waters, who owns C. Waters Gallery in Creede, said she’s still wondering what took her to that particular spot last Saturday.

“I was just so called to go to that place.” 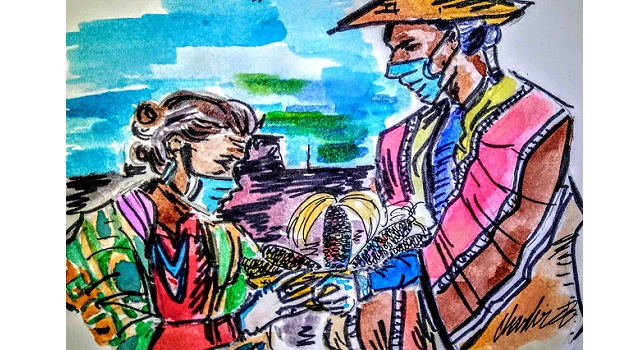 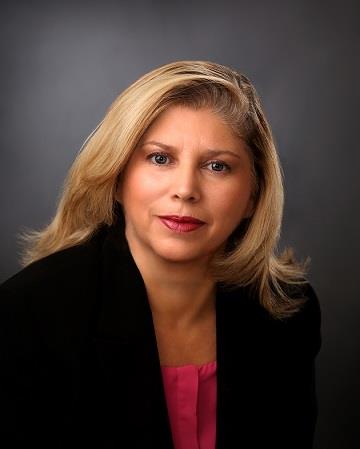